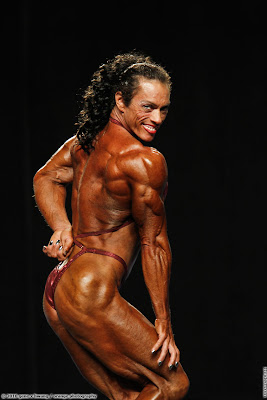 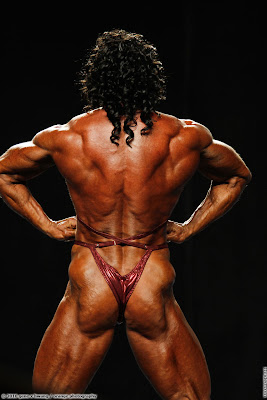 to be told in a moment). NO ONE could hold a candle to my conditioning. Was I penalized for being in such freaky condition? I dunno - we predicted that fourth would be all they would "allow "me from the get-go of my prep. I got so much positive feedback from spectaors, other competitors, a few pros, so many people that I was most likely second and couldn't possible be lower than 3rd, that I almost let myself believe I would be. But NPC plays its corrupt games, and 4th I was as we predicted! I'm not bowing to thier games. I am hardcore, old school, not going to give in and tone it down. I am not a Diva. I am an athlete. I love heavy iron - time for powerlifting again. :) YEAH!!! (still have some rehab for the arm to endure first - but my strength WILL return.) 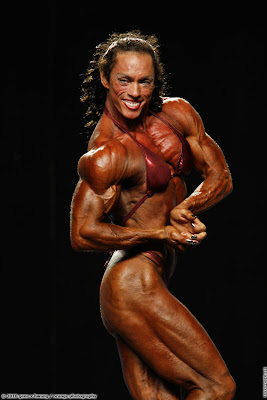 Nuff said -
My trip to Atlanta turned out well, I had a great time, even traveling solo as I did, but it was almost a disaster. I was a day or so away from having to scrap it ....scary situation. A few weeks ago my training partner Rob pointed to my calf and asked me why it was bleeding. I didn't know - probably ran into something and scratched it. I always run into things.I didn't think twice about it. A few days later a rash appeared in that area. I called Gary, my prep coach, we discussed it, I did heavy topical cleansing.moist heat etc. and it seemed to diminish. On the second day of my drive down to Atlanta, my calf swelled up and hurt. At first I thought it was from such a long period of driving, but I realized shortly after starting out 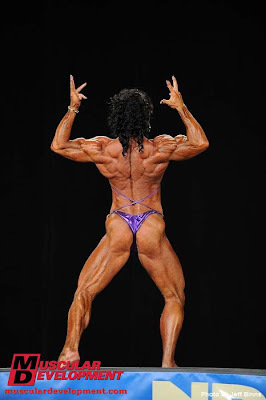 on Wednesday that something was askew. I called Gary, sent him phone pics, he determined an infection, but we thought it wasnt so bad and we could bring it down if I went to a pharmacy and got some cleansing items,heating pad, epsom salts etc. I spent Thursday trying to bring it down. Even cancelled a photo shoot. Wasn't working. If you look at some of the photos on the internet you can see my right calf is swollen, red, and a scabby area. During pre-judging I couldn't really flex the right leg at all, thigh or calf, and had to change up my mandatory posing and routine last minute. After pre-judging I limped back to my room because it hurt and was so swollen. After the night show, I had a Doctor friend look at it ( was it coincidence that he and his wife- another competitor- were rooming right across the hall from me in a 1250+ room hotel???) 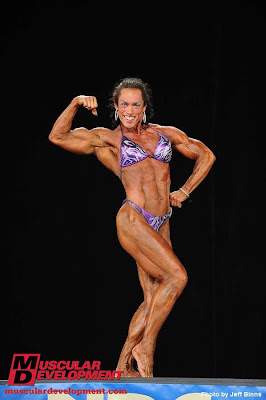 He was very concerned after looking at it, and called me in a prescription at a local 24 hour pharmacy for antibiotics. I taxied out on Saturday night to get the meds. I stayed through Sunday for my 3 photoshoots, but on Monday I decided to make the entire 14 hour trip in one shot because I was getting a bit frightened after hearing stories from people about infections, cellulitis, MRSA....Tuesday my DR. confirmed cellulitis. I got some stronger meds. It seems to be slowly coming back to normal. SLOWLY. I think the meds are working, but it is still swollen and a little painful at times.

BE CAREFUL!!! MRSA and CELLULITIS are running epidemic throughout gyms these days. Always clean up after training, and if you get a scratch or wound - IMMEDIATE cleansing with hydrogen peroxide etc. Gyms are NOT sterile environments. Cellulitis can be much worse than what I got. You can lose a limb, or even death can be the result. There seems to ALWAYS be an obsatcle in my way when it comes to competing-yes???? Life is a challenge, many tests, just need to perservere.
Posted by Kate Baird at 6:01 PM 15 comments: 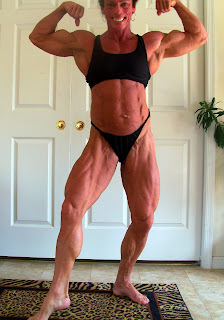 It is Thursday before competition day - FINALLY!!!
I got the insane notion to drive down to Atlanta. It took me 2 days, but really, it wasn't a bad trip at all. There is just wayyyyyyyy too much stuff to bring if you want to do this properly. And if I'm going to do it, no half-assing around.
I must have brought 15 bags worth of "stuff" !

I have a gorgeous room here in Atlanta on one of the top floors with a view of the city to die for. I may not want to leave my room for a couple of days! Though it is beautifully sunny and warm outside...a short stroll may or may not be in order today.
I hear the heavyweight class for women's bo 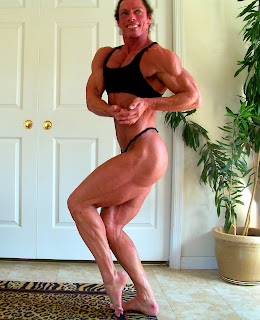 dybuilding is under 10! That sux. I enjoy competition.

I'll leave you with a few progress pix from Monday, 5 days out from the show and check in after the show. 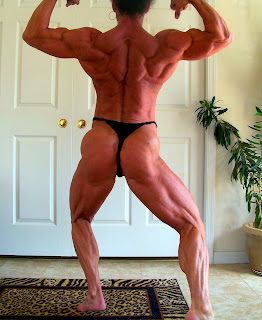